According to the transcript of an original letter of Publius Lentullis in Rome, it is told how YAHUSHUA looked and came across to others. Roman governors used to have the custom of sending reports to the Senate about significant happenings in the area under their jurisdiction, and in the days of Tiberius Caesar, Publius Lentullus, governor of Judea, wrote to the Senate concerning YAHUSHUA:

"There has recently appeared a man of great virtue named YAHUSHUA HA-MASHIACH, who still lives among us and is recognized by pagans as a prophet of truth, while his disciples call him the Son of God. He raises the dead and heals diseases of all kinds. He is a man of rather tall stature, graceful, with awe-inspiring face, so that whoever looks at him feels love and fear at the same time. His hair is the color of chestnut, fully matured, flowing flat over his ears, but then falling in curls in a more oriental manner and flowing around his shoulders. He wears his hair parted in the middle of his head after the manner of the Nazarites ["Nazarite" might correspond to the expression "Nazarite". The Nazirites were a vegetarian and celibate religious community].
His forehead is smooth and very finely built. His face is without spot or wrinkle and embellished by a lovely red. His nose and mouth are shaped so that nothing can be exposed. His beard is thick, of the same color as the main hair, not very long, but forked. His look is innocent and matured, his eyes clear and lively. In condemning hypocrisy he is terrible, in exhortations polite and full of good words, in conversation friendly and cheerful, yet also full of dignified seriousness. No one can remember ever having seen him laugh; but many have seen him weep. His body is of wonderful proportions in all parts. His hands and arms present a delightful sight. When speaking, he is very calm, modest and wise. He is a man who surpasses all other men by his unusual beauty." 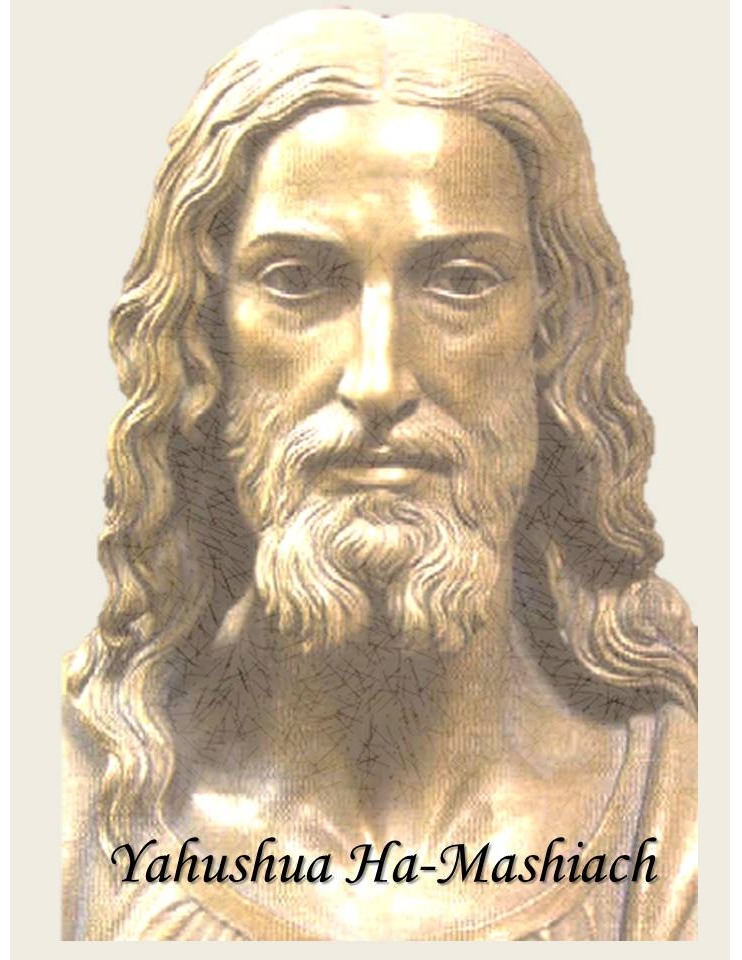 [Photo shows the statue according to the Turin Shroud; shroud.com]